Seashine is a poetic, yet oppressive journey into the deeps.

Play as a fragile creature struggling to maintain an ever fading light in the darkness of the deep ocean caves.

Built to be an experience before all, Seashine mixes exploration, reflection, and survival to take the player into a discovery of the most secret and unatainable place on earth.

In a perpetual search for light, the player will have to hunt and find rare light sources to live a few more minutes while avoiding the many dangers of this silent underworld.

Seashine is Patrick’s first title. It was made as an answer to all the space related games abounding in today’s game industry.

We often forget that on our own planet, a place remains more hostile and less accessible than the moon.

During its early days, Seashine was designed as a level based game with try’n’die and puzzle mechanics. Late 2014, because of limited time and budget, the game changed into an endless style gameplay mixing survival, exploration and simple puzzles.

Thanks to the light free-to-play business model used in the game, Seashine continues to grow after its release. Its universe gets bigger and deeper after each new update, increasing the number of places to explore, creatures to discover, and abilities to unlock.

Patrick has been working alone on this game since the beginning. 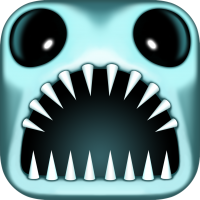 « Seashine is a game with a lot of spirit, great artistic direction, and a clever blend of wonder and terror. »
– Brittney Broder, TouchArcade«

Here in 2015, Echo‘s successor is Seashine, a superb iOS title in which you guide a young jellyfish through the darkest reaches of the ocean, featuring some gorgeous lighting effects. »
– Luke Dormehl, Cult of Mac

« The magic, fragility, and mystery of deep-sea life is illuminated as you play. »
« Seashine will add a little light to your day. »
– Lian Amaris, Gamezebo

This site uses cookies to improve your experience. By your continued use of this site you accept such use.OK